"If you don't listen to Two Headed Dogs you need to just fucking die."

"This pretentious ponderous collection of religious rock psalms is enough to prompt the question, 'What day did the Lord create Two Headed Dogs, and couldn't he have rested on that day too?'"

Two Headed Dogs are a band from West Yorkshire who play hard covers and heavy mash-ups. They operate in fits and starts. Their milkshake brings all the boys to the yard.

17/06/2017:This was recorded last year, but I'm a perfectionist when I'm in the lab and I wasn't happy with the mix until now. I had to pretty much re-record every single part until I was happy with it.

Not really, this has apparently been pretty much finished for months, but I'd forgotten about it. I'd filed this under 'not finished, needs a lot of work' when in actual fact all it needed was a bit of mixing. In the end, I also did another take of the main vocals, since we've practised this a fair bit since last year.

Robert Palmer was a good lad from Batley, so we're paying tribute to our local hero. The undertones of the song are also really creepy, so it's a win-win.

Secondly, we finally have enough 'orphaned' material to collect together into another EP, which we've called Dogmeat. Pretty much everything about that EP is subject to change, especially the 'frantically trawl my Instagram for something cool' artwork that doesn't really fit at all. This is about as big an update as you're going to get from us, so I hope you are enjoying it. You can do whatever you want with the EP over on Bandcamp.

05/02/2015: Well it's February and so naturally we recorded another podcast. In this one we invited Martin's friend--and loyal THD bannerman--Dave over to enjoy wine and enjoy talking into Carl's selection of microphones. The topic was gigs and we dutifully talked for about 100 minutes so that Carl could edit it down to 90 minutes and actually get it onto Bandcamp as a two parter instead of the more unwieldy three parts of previous 'casts.

Two bottles of wine, several cans and bottles as well as a g-string (sadly, only the guitar kind) were killed in the course of making this, so here it is.

07/01/2015: So it turns out we're playing a gig this Saturday. You already knew, right? You're bringing all your friends right? WRONG.

Mark has once again turned out some excellent promotional artwork. Mucho propso. 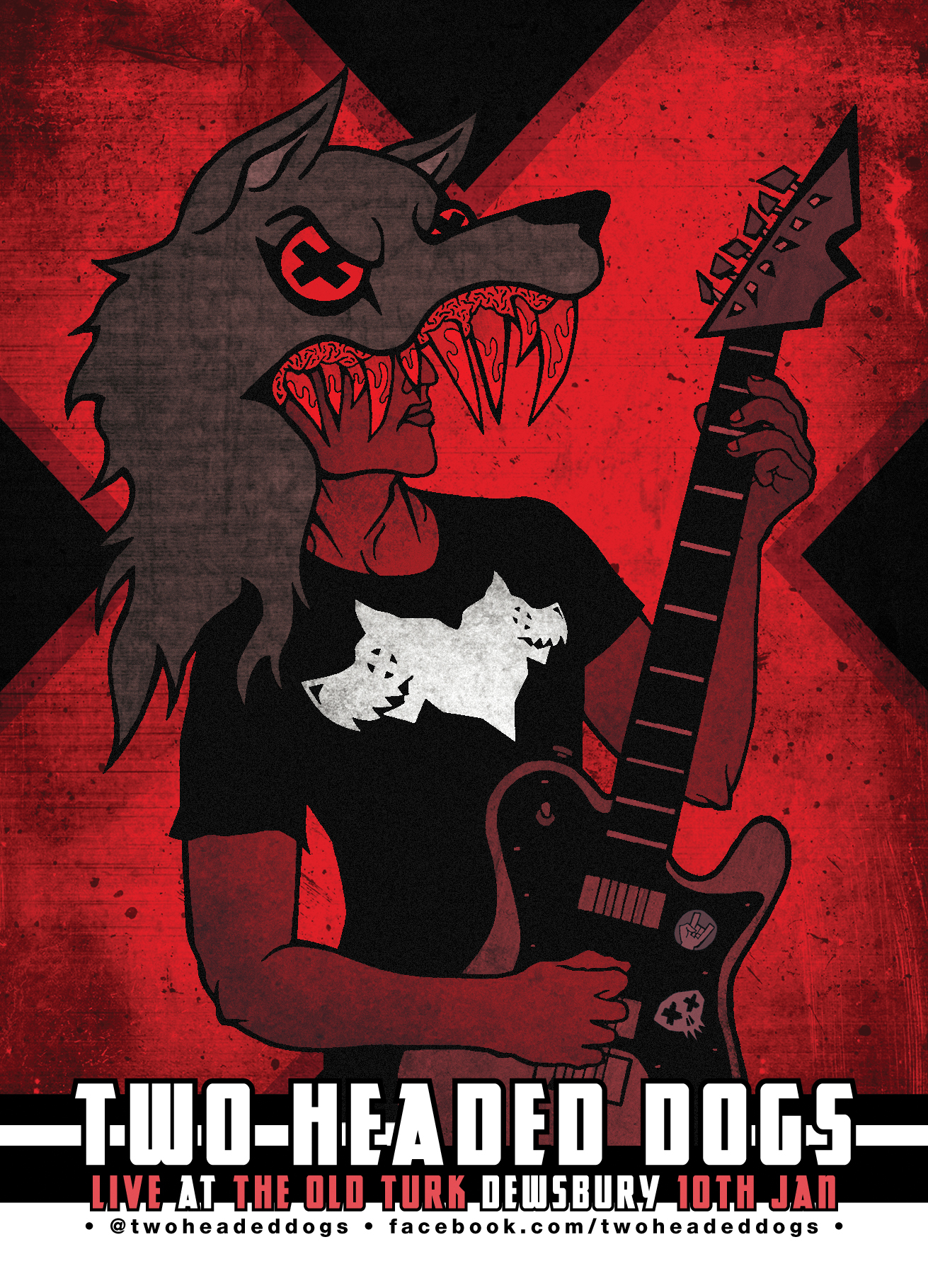 I say once again because in October, Mark also did us these rather fetching flyers which have been surreptitiously posted in various clandestine nooks and crannies.

30/10/2014: We somehow managed to make space in our busy schedule to record another podcast. This time we thought you'd like to hear about our musical influences.

We start by talking about our first memories of music and our embarassing first ever singles/albums. After that we move onto how we got into music properly, specifically metal. We spend some time talking about our steps to becoming the consumate musicians you see today. Finally, we talk about some bands that are big influences on what we do. Somewhere in there we also manage to fit in a pizza.

You can enjoy the sexy artwork and listen to the podcast on Bandcamp.

Or you can be old-fashioned and listen to it as 128kbps MP3... Although perhaps that is the way podcasts are supposed to be heard.

05/08/2014: So we threatened to do this well over a year ago, here it is, our second podcast. The first was a runaway success, literally four people listened to (the first few minutes of) it! This second 'cast is about what came before Two Headed Dogs, the one, and the only Sins of the Unforgiven.

Yes, Sins of the Unforgiven was our first band (of sorts) and played mostly Metallica covers. We played three four gigs and then the band slowly imploded! If that sounds exciting to you, or if you just like clicking on links, give it a listen. You might find it informative! You might find it entertaining! You might find it

Podcast 02: Sins of the Unforgiven

26/03/2014: After the spectacular success(?) of our inaugural gig we have a new song for you. It's a mash-up of Gary Numan and Run DMC, because that really needed to happen. We're funky, fresh and few... and we also like Gary Numan.

14/01/2014:We're playing a gig! It's at Bar Up in Halifax and we're playing alongside Undisclosed Addictions. We'll be playing a totally hip set of all the latest pop sounds so come down and throw vegetables at us, we'd really appreciate that. There will be blood beer!

In other news, Hell has frozen over! 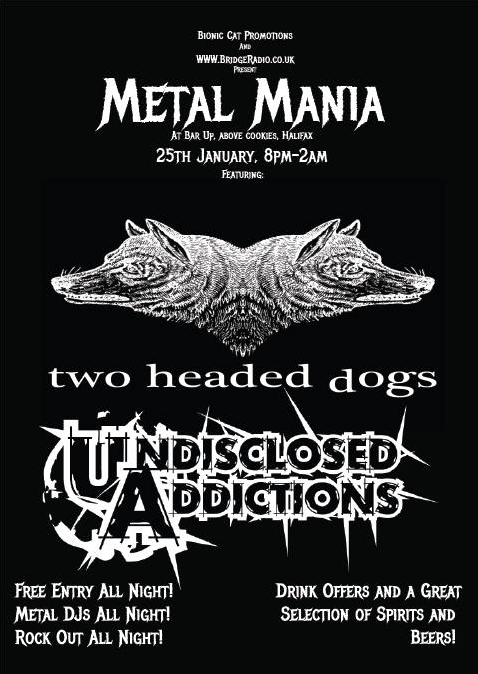 09/11/2013: Here's a couple of recent photos. The first one is our first selfie taken during the rehearsal on Wednesday. It's not an act, we always look that badass. The second one was taken at Moorcroft when we were recording Of Dog And Man. 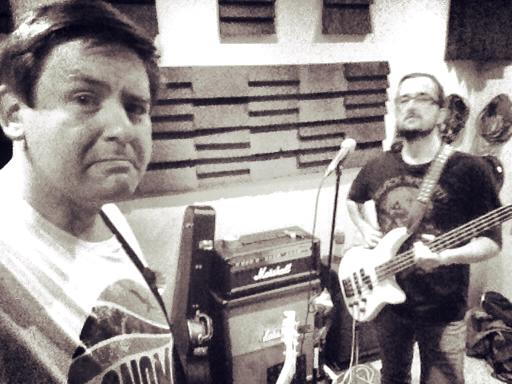 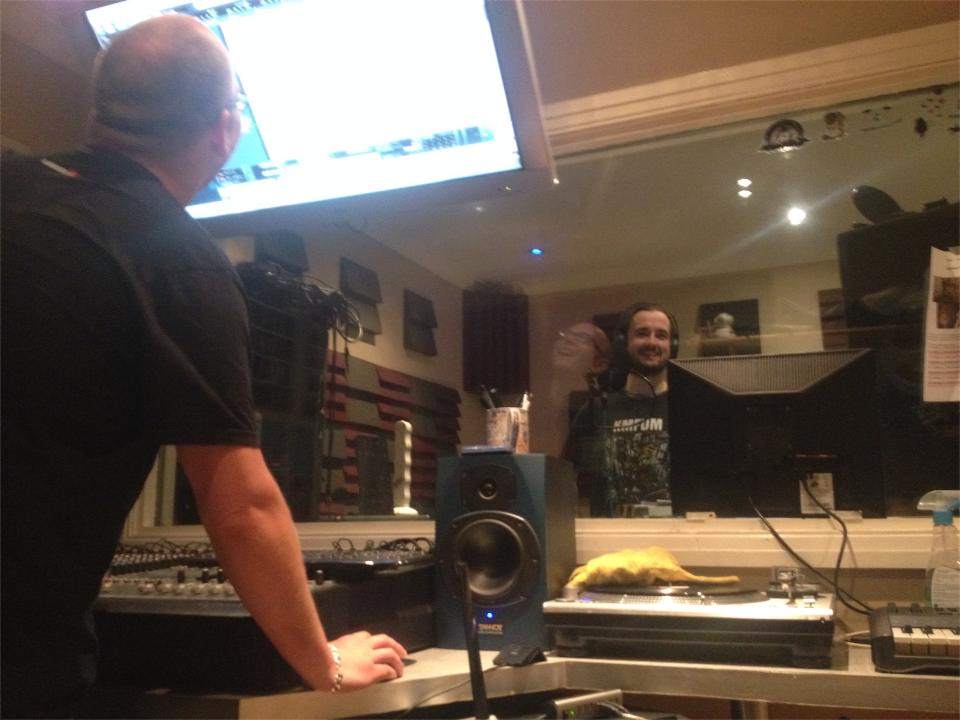 31/10/2013: Oh look it's Halloween. Here we have a new EP/whatever for you to listen to. It's a 'rehearsal' recording we did at Moorcroft Studios last week.

This is an EP of some new stuff and some not-so-new stuff. We've been practising at Moorcroft Studios in Cleckheaton ever since we found out it was the cheapest place with the best gear. The rehearsal space is actually the studio booth so when we thought about doing another rehearsal recording (our last one is well over a year old and due to set-list and personnel changes is mostly just a historical curiosity now) the owner, Tom, suggested he could do a quick rehearsal recording for us as an upgrade to our usual system of 'Carl puts a condenser mic in the middle of the room and hopes for the best.'

The results were amazingly good.

This is supposed to be a 'rehearsal' recording, so it's meant to be rough and ready. The guitars and backing tracks were recorded at once and only the vocals overdubbed in afterwards. The most takes we did for any one thing was two, and there was only a bare minimum of editing. Expect things to sound pretty raw. 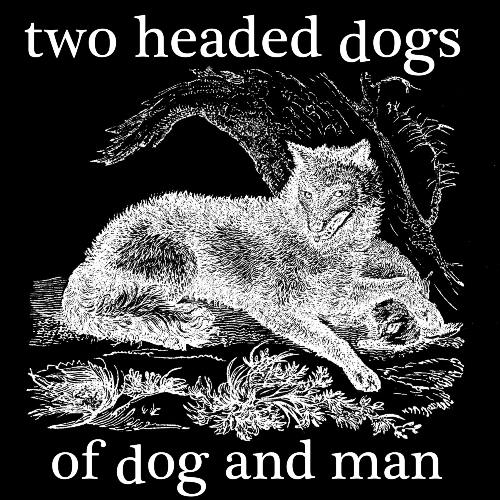 30/10/2013: So apparently someone else in the world has heard our music. This wouldn't be so much of a big deal if it didn't turn out they liked it enough to make one of our songs ('Two Headed Dog' of all things) the featured track of the week.

In the spirit of Halloween and Roky Erickson I just made your track Two Headed Dog my featured track of the week. It is on our Homepage and here www.muzikreviews.com/downloads.php

09/08/2013: To welcome our new keyboardist, JK, to the band we recorded a Black Sabbath cover that doesn't have any keyboards in it.

11/02/2013: Two Headed Dogs have a startling commitment to innovation and are moving forward looking forward into 2013 with a cover of a punk song. We've been playing So What for ages. We recorded most of this last year but it didn't have vocals until today.

16/12/2012: Two Headed Dogs understand the modern world in which we live. They understand that people with integrated media devices, smartphones, and computers enjoy listening to people talking shit. Two Headed Dogs also haven't got any new music to show you so they threw this together instead. It's a podcast. We talk, you listen. You are obedient.

In September, Martin and Carl went to see the Marshall Fifty Years of Loud gig at Wembley Arena. They then realised, two months later, that people would be greatly interested in hearing about this one-off gig. Carl has an array of microphones (two) and Martin enjoys podcasts, so we recorded a fucking podcast.

It's two hours long. If you make it through to the end, then you did better than we did.

"September 2012 is a very special month for Marshall Amplification, as it marks our fiftieth anniversary and also the death of our creator." - A quote from the Nietzschean programme for the event.

25/11/2012: We didn't have a rehearsal this week so we finished off recording Laundromat. Beats by Dr Dre.

24/06/2012: Two Headed Dogs have been practicing. With the assistance of Jeeve Kalbini they recorded one of their shambolic rehearsals. Listen up, bitches.

Those six tracks are available on Soundcloud and Bandcamp too.

12/03/2012: We've been working on this song for fucking ages, like since last year. Anyway, since throwing away the old version; re-recording it; and then pondering the abyssal depths of the 'mix', we've finally got the thing finished. It's a Skid Row cover. I think Glenn Danzig was in Skid Row at one point right? Anyway, this is the least 'straight' cover we've done so far. Maybe you'll like it, maybe you won't. How the hell should I know?

21/02/2012: You thought Two Headed Dogs were dead didn't you? Well true evil never dies. We have a new song for you to digest however you see fit. It's a cover of the Danzig song 'Mother' and expands our catalogue to a whole three songs.

05/03/2011: The Two Headed Dogs take their music very seriously and have employed a trained monkey to improve their hitherto ramshackle first song 'Two Headed Dog (Red Temple Prayer)'. If you can't notice the vast improvement over the first mix, then there is something wrong with your ears. What's that, you haven't actually heard the first mix? You should probably count yourself lucky.

11/12/2010: Two Headed Dogs have branched out into terrifying new areas of music. They have recorded a cover of the Misfits song, 'Attitude'. This may have come as a surprise to many of you as, up to this point, Two Headed Dogs have only played Roky Erickson songs. The times they are a-changing.

03/12/2010: Two Headed Dogs are concerned about the partial vacuum that surrounds you. They have uploaded their one and only song for you to listen to, in the hope you will stop sucking so much. Like all of their songs, it is a Roky Erickson cover.

Two Headed Dogs are currently on the road supporting the European leg of Terminal's 2010/11 arena tour.